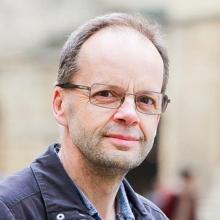 He began his career as a central banker, and in that role he was sponsored to complete a Masters at the Australian National University, where he won the Robert Jones Prize for the best student. He was a subsequently awarded a Commonwealth scholarship to study at Oxford, with one of his supervisors being Donald Hay. He has won a number of teaching and research prizes. He does not come from a Christian background and has a heart for evangelism as well as integrative scholarly work.