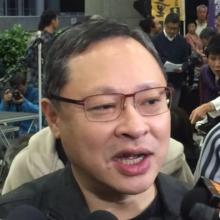 He was born and educated in Hong Kong and graduated at the University of Hong Kong with an LL.B. in 1986 and P.C.LL in 1987. He specializes in constitutional law, administrative law, human rights law and law and religion. He was the Associate Dean of the Faculty of Law, University of Hong Kong from 2000 to 2008. He is most known for initiating the Occupy Central with Love and Peace campaign, a movement to exert pressure on the Chinese authorities to honour the promise of allowing Hong Kong people to elect their Chief Executive in 2017 through universal and equal suffrage. The movement has led to nonviolent occupations, civil disobedience, and demonstrations to combat Beijing’s imposed policies towards the territory. The Occupy Central movement took a large part in supporting the Umbrella Movement in late September to early December 2014 in Hong Kong. His current research projects include rule of law and legal culture, political legitimacy and constitutional development, governance and law, rule of law and religion.