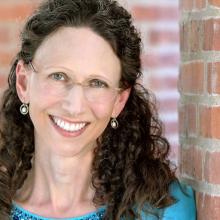 Jennifer A. Herdt is Gilbert L. Stark Professor of Christian Ethics and formerly Senior Associate Dean for Academic Affairs at the Yale University Divinity School.  Her most recent book, Forming Humanity: Redeeming the German Bildung Tradition, was supported by a research fellowship from the Alexander von Humboldt Foundation.  She is also the author of Putting on Virtue: The Legacy of the Splendid Vices (selected as a Choice Outstanding Academic Title), and of Religion and Faction in Hume’s Moral Philosophy, and has published widely on virtue ethics, early modern and modern moral thought, and political theology. She serves on the editorial boards of the Journal of Christian Ethics, Studies in Christian Ethics, and the Journal of Religion, and served as the 2020 President of the Society of Christian Ethics. Her newest book, Assuming Responsibility: Ecstatic Eudaimonism and the Call to Live Well is forthcoming with Oxford University Press. She is a senior member of a research team that has received a $3.9M, 3-year collaborative grant from the Templeton Foundation in 2020 to pursue projects in science-informed theological anthropology.