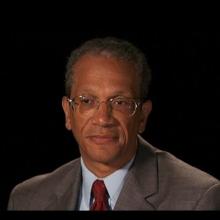 Daniel E. Hastings is an American physicist, currently the Cecil and Ida Green Education Professor and the former director of the Singapore-MIT Alliance for Research and Technology (SMART) at the Massachusetts Institute of Technology. Hastings became head of the Department of Aeronautics and Astronautics on January 1, 2019. He has served as the Chief Scientist of the US Air Force and on many national level boards.

Dr. Hastings earned his B.A. at Oxford University in the UK (1976) and his S.M. (1978) and Ph.D. (1980) at the Massachusetts Institute of Technology, writing his doctoral thesis on "The high‐β universal drift mode."

Dr. Hastings was an associate professor (1980-1993) and later full professor for the Department of Aeronautics and Astronautics at MIT (1993-present). He was also the associate department head of research (1993-1996). He took a short sabbatical to be the Chief Scientist of the US Air Force (1997-1999) and served on the National Science Board from 2002-2008. Dr. Hastings was asked to direct the Technology and Policy Program (TPP) at MIT (2000-2003) as well as associate director and co-director of the Engineering Systems Division (2000-2004), and later became its director (2004-2005). Dr. Hastings became the Dean for Undergraduate Education (2006-2013) and then the CEO and Director of the Singapore-MIT Alliance for Research and Technology (2014-2018). As of January 1, 2019, he is the head of the Department of Aeronautics and Astronautics. Dr. Hastings has received many honors, including membership to the National Academy of Engineering (2017), fellowship in the Institute of the Aeronautical Sciences (1998), and the Air Force Distinguished Civilian Award (1997, 1999).