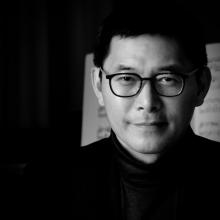 Daniel KL CHUA earned his PhD in musicology from Cambridge University and is currently Professor and Chair of music at the University of Hong Kong. Before joining HKU, he was the Director of Studies at St John’s College, Cambridge, and later Professor of Music Theory and Analysis at King’s College London. He was a Visiting Senior Research fellow at Yale (2014-15), a Henry Fellow at Harvard (1992-3), and a Research Fellow at Cambridge (1993-7).  He is the recipient of the 2004 Royal Musical Association’s Dent Medal.  He was editor of Music & Letters, and is on the editorial board of major musicological journals.  He was a Director-at-Large of the International Musicological Society and is currently the Society’s President (2017-2022).  He has written widely on music, from Monteverdi to Stravinsky, but is particularly known for his work on (i) Beethoven, (ii) the intersection between music, philosophy and theology, and (iii) the history of ‘absolute music’. His publications include The ‘Galitzin’ Quartets of Beethoven (Princeton, 1994), Absolute Music and the Construction of Meaning (Cambridge, 1999), Beethoven and Freedom, (Oxford, 2017), ‘Rioting With Stravinsky: A Particular Analysis of the Rite of Spring’ (2007), ‘Beethoven’s Other Humanism’ (2009), and ‘Listening to the Self: The Shawshank Redemption and the Technology of Music’ (2011). He is currently collaborating on various theologically inflected projects based at Duke and Yale Divinity Schools, and is working on a post-human manifesto modestly entitled an Intergalactic Music Theory of Everything (IMTE).