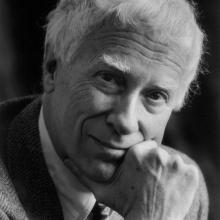 Wolterstorff was born on January 21, 1932, to Dutch emigrants in a small farming community in southwest Minnesota. After earning his BA in philosophy at Calvin College, Grand Rapids, Michigan, in 1953, he entered Harvard University, where he earned his MA and PhD in philosophy, completing his studies in 1956. He then spent a year at the University of Cambridge, where he met C. D. Broad. From 1957 to 1959, he was an instructor in philosophy at Yale University. Then he took the post of Professor of Philosophy at Calvin College and taught for 30 years. He is now teaching at Yale as Noah Porter Professor Emeritus Philosophical Theology.

In 1987 Wolterstorff published Lament for a Son after the untimely death of his 25-year-old son Eric in a mountain climbing accident. In a series of short essays, Wolterstorff recounts how he drew on his Christian faith to cope with his grief. Wolterstorff explained that he published the book "in the hope that it will be of help to some of those who find themselves with us in the company of mourners."

Wolterstorff published his memoir with William B. Eerdmans Publishing Co. in 2019, illustrating the close relationship between his personal life and his distinguished academic career.

I retired from my professorship at Yale at the end of 2001. In my case, retirement has not meant inactivity. Since retirement, I have published four books on justice, two on political philosophy and theology, two on liturgy, one on art, one titled Religion in the University, and a memoir titled In This World of Wonders. During this past year I have written a rather long article on justice for the newly-inaugurated St Andrews Encyclopedia of Theology, and the plenary address for an upcoming (January) symposium titled “Screen Stories and Moral Understanding,” organized by Prof. Carl Plantinga (Calvin U.) and sponsored by the Templeton Foundation. I continue to be strongly interested in justice, art, and liturgy. The editors of the newly established Analyzing Theology series (Jonathan Cockayne and Joshua Rutledge) have put together, for the first volume in their series, a collection of my articles, some published, some unpublished, titled United by Love: Justice, Art, and Liturgy.