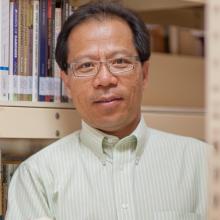 He was a Lilly Scholar (1999) and Henry Luce Scholar (2003), research later published as Chairman Mao Meets the Apostle Paul (2002), Musing with Confucius and Paul (2008). He is an elected member of the Society of New Testament Studies (SNTS) since 1998, and a member of Society of Biblical Literature since 1992. In the last fifteen years, he has been a visiting professor to major universities in China, and is the co-director, Center for Classical Greco-Roman Philosophy and Religious Studies at Tsinghua University in Beijing. He has authored or edited more than forty Chinese and English-language books on critical engagement between Bible and cultures, including co-editing the six-volume Eerdmans series on Majority World Theology (2014-2019). He is author of What Has Jerusalem to Do with Beijing? (2nd edition, 2018) and Editor of the forthcoming Oxford Handbook on the Bible in China (Oxford University Press).