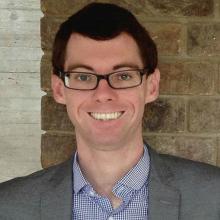 Before moving to Cambridge in 2015, he spent ten years in Oxford as a student at The Queen's College (where he gained an MA in Modern History and Politics and MSt and DPhil degrees in History) and a junior research fellow at New College. His first book, The Liberal Party and the Economy, 1929-1964 (Oxford, 2015) explored how British Liberals engaged with economic thought in the era of John Maynard Keynes and William Beveridge; his second book, Transfer State (Oxford, 2019), examines how the idea of a guaranteed minimum income has shaped British social policy over the last century. Peter has also published in a wide range of academic journals and has contributed to the Oxford Dictionary of National Biography. He is currently chair of the management committee for Cambridge's History and Politics Tripos (2016-20) and Dean at Churchill College.