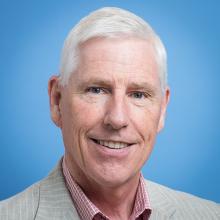 Prior to taking up this current post in 2014, he was the St John’s Professor of Christian Theology and Head of the School of Art History, Classics and Religious Studies at Victoria University. Dr Marshall is author of seven books and well over a hundred articles, book chapters, reference work entries and research reports, and has been widely used as a conference speaker and lecturer in over a dozen countries around the world. He has won several awards for his teaching and for his public engagement on social issues, and has also written on human rights, religious violence and Christian non-violence. Marshall’s most important work lies at the intersection between theological ethics and criminal justice theory and practice. He characterises his distinctive methodology as one of setting up a “dialogue” between biblical teaching on law, crime, justice, violence and punishment on the one hand, and the insights of restorative justice theory, legal philosophy and the social sciences on the other. His book Beyond Retribution (Eerdmans, 2001) seeks to construct a moral, theological and biblical basis for restorative justice practice, as well as to critique the dominant notion of retributive justice. His 2012 book, Compassionate Justice: An Interdisciplinary Dialogue (Cascade, 2012) uses Jesus’ two most famous parables – the Good Samaritan and the Prodigal Son – as a serious resource for undertaking theoretical, practical and even institutional reflection on the meaning of justice. His latest book All Things Reconciled (Cascade 2018) brings together nine essays that deal with issues of perennial relevance to anyone interested in exploring the mandate for Christian social engagement in peace and justice issues.