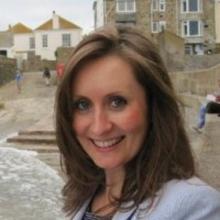 She previously taught at the Universities of Oxford and Geneva. Her research focuses on the nonfictional prose of the early modern period, with a particular focus on letters and on the religious politics of the period. The research combines an interest in the stylistic qualities of early modern writing with historical research, particularly tracing the interconnections of lives and letters of the period. Her focus in detail includes well known writers such as Andrew Marvell and Thomas Traherne as well as lesser known writers such as Brilliana Harley and Lucy Robartes. She  currently working on two major editing projects for Oxford UP: the correspondence of the nonconformist Richard Baxter, and a volume of the poetry of Traherne. Her book on puritan epistolary communities, Godly Letters, is nearly complete (contracted to Palgrave Macmillan). Two further interpretive projects are at an earlier stage: a consideration of the stylistic and ethical value of dignity in the early modern period, and a history of the verse epistle from Wyatt to Dryden. Since 2011 she has co-ordinated the Exeter Care Homes Reading Project, a volunteer initiative that trains and sends English students into local care homes to read with residents.