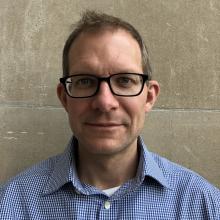 He is an architect and architectural historian. He teaches history, theory, and design at Yale School of Architecture and at Columbia Graduate School of Architecture, Planning and Preservation. He holds a BA from Corpus Christi College, Oxford, an MArch from Harvard’s Graduate School of Design, and a PhD from Yale. His work has been published in journals including Perspecta, the Journal of Architectural Education, Utopian Studies, and Sacred Architecture; his first book, Babel’s Present, was published in 2016.​ He maintains an interest in architecture’s claims to metaphysical significance, with a particular curiosity for architecture as a recurring figure in biblical narratives. He works on the Tower of Babel—particularly its appropriations in the years leading up to World War II—and, more broadly, on architectural monuments as markers of identity, aspiration, and belief. His research has been supported by the Andrew W. Mellon Fellowship of Scholars in Critical Bibliography, the John Hay Whitney Fellowship, the Harvey Fellows Program, and awards from the Society of Architectural Historians, the Bibliographical Society of America, and the Beinecke Rare Book and Manuscript.