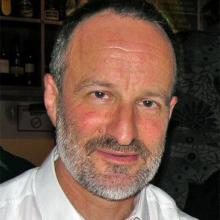 Before retiring in 2019, he was Director of the Institute of Culture, Discourse & Communication, at AUT. For many years he led a dual career combining academic research in sociolinguistics with journalism and communications consultancy. He has made pioneering contributions on media language and discourse, the theory of language style (Audience Design, the most-cited paper in the field) and New Zealand English. His research interests include multilingualism in New Zealand, performance language, language and identity, biblical discourse (including a re-evaluation of Babel as blessing notcurse), and social and linguistic aspects of the internet. He has led major research projects on New Zealand English, language style, Pasifika languages, television violence, and the World Internet Project New Zealand. In retirement, his research is focusing on aspects of biblical language and discourse, including the languages of the Gospels and their tradition – and learning Greek. He has published many papers in leading journals and edited collections, as well as six books. His 2014 Guidebook to Sociolinguistics is a comprehensive, research-based introduction to the field. He is Editor Emeritus of the Journal of Sociolinguistics, the leading journal in the field, which he co-founded in 1997 and edited until 2017.