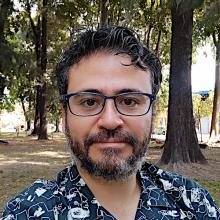 I am a data scientist working in the Jalisco State Government, Mexico, and researching in gravitational wave astronomy in the GW data analysis group at the Universidad de Guadalajara. I have collaborated with researchers of the LIGO Scientific Collaboration, and with industry professionals in the Saturdays.AI community. I received my Ph.D. and M.Sc. in Computational Physics from the Universidad Michoacana de San Nicolás de Hidalgo. Previously, I completed my B.Sc. in Applied Physics in the Universidad de Santiago de Chile. As a collateral pathway, I am one of the pioneers of the science and religion dialogue among Latin American Evangelicals. In 2009 I founded Razón y Pensamiento Cristiano, an independent theological journal informed by sciences, from an Ecumenical and Evangelical perspective. Because of this work, I was invited to the seminal Templeton Workshop "Science and Religion in Latin America", held in the University of Oxford, England (2013). Later, I was co-organizer of the pioneering "Ibero-American Meeting for Science and Faith" in Mexico City (2015), as member of the Centre for Science & Faith, in Spain, with a grant of BioLogos. Recently, I have started to collaborated with the Center for Open & Relational Theology, in USA.