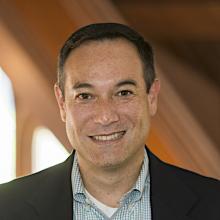 John Inazu is the Sally D. Danforth Distinguished Professor of Law and Religion at Washington University in St. Louis. He teaches criminal law, law and religion, and various First Amendment seminars. His scholarship focuses on the First Amendment freedoms of speech, assembly, and religion, and related questions of legal and political theory. He is the author of Liberty’s Refuge: The Forgotten Freedom of Assembly (Yale University Press, 2012) and Confident Pluralism: Surviving and Thriving Through Deep Difference (University of Chicago Press, 2016), and co-editor (with Tim Keller) of Uncommon Ground: Living Faithfully in a World of Difference (Thomas Nelson, 2020). Inazu has written broadly for mainstream audiences in publications including USA Today, The Los Angeles Times, CNN, The Atlantic and The Washington Post.

Inazu holds a B.S.E. and J.D. from Duke University and a Ph.D. in political science from the University of North Carolina at Chapel Hill. He clerked for Judge Roger L. Wollman of the U.S. Court of Appeals for the Eighth Circuit and served for four years as an associate general counsel with the Department of the Air Force at the Pentagon.