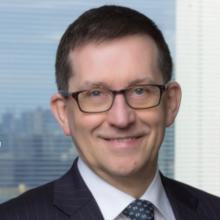 Ian Harper is Dean and Director of the Melbourne Business School and Co-Dean of the Faculty of Business and Economics at the University of Melbourne. He is also a member of the Board of the Reserve Bank of Australia.

Ian is a professional economist best known for his work in public policy. During his 40-year career, he has worked with governments, banks, corporates and leading professional services firms at the highest level.

From March 2011 to March 2018 Ian was a partner at Deloitte Touche Tohmatsu and then a Senior Advisor to Deloitte Access Economics. He chaired the Australian Government’s Competition Policy Review, a “root and branch” review of Australia’s competition policy, laws and regulators, from March 2014 to March 2015.

From December 2005 to July 2009, Ian served as inaugural Chairman of the Australian Fair Pay Commission, and from January 2011 to February 2012, he was one of three panellists chosen to review Victoria’s state finances.

Ian was elected a Fellow of the Academy.

Ian was appointed an Officer in the Order of Australia in the 2020 Queen’s Birthday Honours List with the citation “For distinguished service to education in the field of economics, and to public and monetary policy development and reform”.

Ian is married to Roslyn and they have two adult sons and five grandchildren.