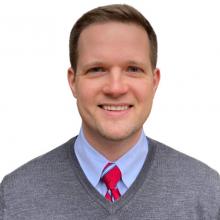 Judd Birdsall is the project director of the Transatlantic Policy Network on Religion and Diplomacy (TPNRD) at the Berkley Center for Religion, Peace, and World Affairs. From 2011 to 2020 Birdsall was based at Cambridge University, where he earned his Ph.D. and then founded the Cambridge Institute on Religion & International Studies (CIRIS). He also served as an affiliated lecturer in the Department of Politics and International Studies. Prior to his time at Cambridge, he served in the U.S. State Department’s Office of International Religious Freedom and on the Secretary of State’s Policy Planning Staff. Birdsall is the editor of Religion & Diplomacy, and his work has appeared in the Washington Post, Foreign Policy, Guardian, Huffington Post, Christianity Today, and Religion & Politics. He is also an editorial fellow and a frequent contributor at the Review of Faith & International Affairs.