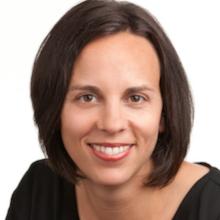 Jessica joined the Otago University Law Faculty in 2005. She has received university teaching awards and national writing awards for her research. She was appointed to the Reference Panel of the New Zealand Law Commission’s Review of the Law of Trusts (2010-2013). In 2015, she won the University of Otago Rowheath Trust Award and Carl Smith Medal for outstanding scholarly research achievement across all disciplines.
Most recently, her research has been concerned with claims that many trusts used today ought to be disregarded because too much power rests in one party who may treat the trust assets as its own. Her publications have been influential on the approach taken by courts to these allegations in New Zealand and New South Wales. For example, two of her articles on sham trusts and the control of express trusts have been heavily relied on by the New Zealand Court of Appeal in cases that have attracted much attention for trust and matrimonial property lawyers (Clayton v Clayton [2015] NZCA 30; Official Assignee v Wilson [2008] NZLR 45). A Court of Appeal judge and New Zealand Law Commissioner has cited her work as an example of the important contribution academic lawyers can make to the development of law (G Hammond, “Judges and Academics in New Zealand” (2013) 25 NZULR 681 at 690).

Jessica has previously worked in a large commercial law firm in New Zealand and as a Judges’ Clerk at the Auckland High Court. She also tutored in Equity at the University of Auckland. In 2004 she won the New Zealand Law Foundation Ethel Benjamin Prize enabling her to read for an LLM at Cambridge University. Jessica is a Fellow of the Cambridge Commonwealth Society and a Leonard Cowling Scholar at Sidney Sussex College, Cambridge.