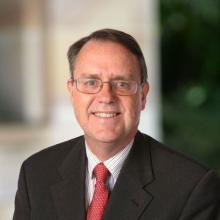 Patrick Parkinson is Professor of Law at the University of Queensland where he was Dean from 2018-21.  Prior to this he spent more than 32 years at the University of Sydney. He is a specialist in family law, child protection, law and religion and the law of equity and trusts. Much of his recent work has been on religious freedom issues. He co-founded Freedom for Faith, a Christian legal think tank which engages with governments and parliaments in Australia on these issues. He has also been very involved in addressing the issue of child sexual abuse in churches.

His books include Australian Family Law in Context (7th ed, 2019), Tradition and Change in Australian Law (5th ed, 2013), Family Law and the Indissolubility of Parenthood (2011), The Voice of a Child in Family Law Disputes (with Judy Cashmore, 2008), Child Sexual Abuse and the Churches (2nd ed, 2003) and Principles of Equity (editor, 2nd ed., 2003). Professor Parkinson served from 2004-2007 as Chairperson of the Family Law Council, an advisory body to the federal Attorney- General, and also chaired a review of the Child Support Scheme in 2004-05 which led to the enactment of major changes to the Child Support Scheme. He was President of the International Society of Family Law from 2011-14. He was Chairperson of a major review of the state law concerning child protection which led to the enactment of the Children and Young Persons (Care and Protection) Act 1998 (NSW).