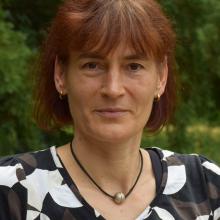 Since 2002 Barbara Drossel is professor of Theoretical Physics at the Technical University of Darmstadt. She studied Physics in Munich and Strasbourg and then engaged in doctoral research in Munich. She spent her postdoctoral years at the Massachusetts Institute of Technology (1994-1996) and the University of Manchester (1996-1999) before becoming Research Associate in the Department of Condensed Matter Physics at Tel Aviv University (Israel). Barbara Drossel’s research interests are in the field of complex systems. These include biological projects, such as genetic networks, ecosystems and evolutionary processes, as well as physical projects such as the quantum-classical transition in finite-temperature systems. In recent years, the topic of emergence and top-down causation has claimed part of her writing energy.

Barbara Drossel lectures on science-religion to general audiences. She is a member of the editorial board of the German science-faith journal “Evangelium and Wissenschaft”, a Faraday Institute associate, a member of Christians in Science, and a Fellow of the International Society for Science and Religion. Recently, she started writing a blog on science and faith, see glaubenaturwissenschaft.blogspot.com