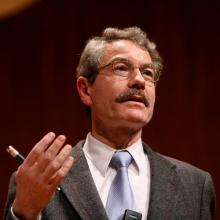 He is a nuclear engineer and physicist who is currently Professor of Nuclear Science and Engineering at the Massachusetts Institute of Technology. He has made a number of important contributions to the fields of nuclear engineering and nuclear physics and has also written about the philosophy of science and the relationship between religion and science.

Issues I am working on in my field which is the Physics of Plasmas, and research into whether and how Nuclear Fusion (the energy source of the stars) can be turned into a practical energy source on earth. The third issue is an offshoot of my growing involvement in explaining the relationship between Christianity and science, which is somewhat outside my major scientific activity.

1. Can we use extremely high magnetic field strength to build an experiment that would achieve controlled fusion experimentally on earth at a vastly reduced cost compared with the giant ITER experiment presently under construction in France?

2. Developing a rigorous multidimensional theory of plasma electron holes. These are a form of non-linear solitary wave that has now been widely observed by satellite measurements in space plasmas such as the solar wind and the Earth's magnetosphere. They are the result of various types of events and part of what is sometimes referred to as "Space Weather".

3. Christian perspectives in natural science: I have spoken and written extensively about scientism, the widespread erroneous view that the methods of science are the only route to real knowledge. Repudiating scientism, while upholding science's great value, is key to fostering more constructive relationships between science and the whole of society, including religious people. Many scientific societies (such as AAAS) now recognize this as important to their mission.