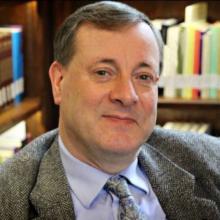 Alister McGrath was the Gresham Professor of Divinity from 2015-2018. He is the Andreos Idreos Professor of Science and Religion at the University of Oxford, and one of the world’s most respected theologians.

Born in Belfast, Professor McGrath began his university studies in the field of science, achieving a First Class Honours in Chemistry (specialising in Quantum Theory), followed by a doctorate in molecular biophysics, both at the University of Oxford. He then altered focus and achieved a First Class Honours in Theology, a DD from the Faculty of Theology for his work on historical and systematic theology, and a DLitt from the Division of Humanities for his work in science and religion.