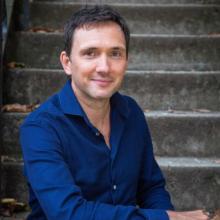 From 2002 to 2010 he was a Royal Society University Research Fellow at the University of Cambridge and the University of Oxford. He is also an associate of the Faraday Institute for Science and Religion. He has written for the BioLogos Foundation, whereas of November 2011, he sat on the board of directors. He has been criticized by the Discovery Institute for his opposition to the intelligent design movement. In 2013 he was elected a member of the International Society for Science and Religion. He engages in molecular gastronomy. With David Malone he made the 4-part documentary Why Are We Here for Tern TV.

He appears in the episode Proof of God in the series The Story of God with Morgan Freeman, giving him an Erdős–Bacon number of 6.

Prior to his post at Oxford he taught theoretical chemistry at the University of Cambridge where he was also director of studies in Natural Sciences at Hughes Hall, Cambridge.