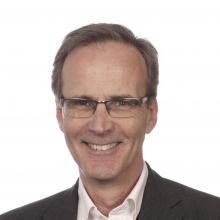 Tim studied medicine at Cambridge and UCH, London. As a junior doctor, Tim and his wife Miriam lived and worked in Juba, South Sudan, for two years helping to establish a new clinical medical school in that very under resourced setting. On returning to UK Tm specialised in Clinical Oncology initially in Cardiff and undertook his research training at Cambridge under Prof Norman Bleehen at the MRC Clinical Oncology and Radiotherapeutics Unit. Thereafter he worked as an NHS consultant Clinical Oncologist in Cardiff, becoming Professor of Cancer Studies in 2007. During that time, he established the first clinical research network, the Wales Cancer Trials Network, and was subsequently involved in the development of the clinical research networks across the UK.

Tim had the vision and was appointed to set up and chair the NCRI CTRad – the clinical and translational radiotherapy working group. This organisation has been running for 10 years, is funded by a coalition of funders through the NCRI (National Cancer Research Institute) and unites and drives much of the radiotherapy related research activity in the UK.

Tim’s research has focused on colorectal cancer: he has initiated and led a series of national trials and currently leads the MRC FOCUS4 trial of molecular selection of treatment and the MRC/CR-UK stratified medicine consortium in colorectal cancer (S:CORT). He has published over 200 peer reviewed papers.

Tim Maughan was appointed Professor of Clinical Oncology and Clinical Director of the MRC-CRUK Oxford Institute of Radiation Oncology, Department of Oncology at the University of Oxford in 2011. He has chaired Cancer Research UK’s Clinical Research Committee and currently chairs the NCRI Strategy Advisory Group.

Throughout his career, Tim’s Christian faith, his marriage to Miriam and their family life have been fundamental to his vision and persistence in pursuing these aims.