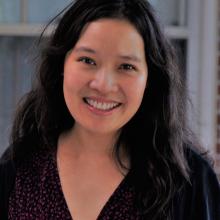 Professor HE received her Ph.D. from the University of Toronto and conducted her postdoctoral research at Harvard’s Fairbank Center for Chinese Studies. Her first book Tiananmen Exiles: Voices of the Struggle for Democracy in China was named one of the Top Five China Books of 2014 by the Asia Society’s China File. The book has been reviewed in the New York Review of Books, the Christian Science Monitor, the Human Rights Quarterly, the Wall Street Journal, the Financial Times, the Daily Telegraph, the New Statesman, the Spectator, the Journal of East Asian Libraries, the China Journal, and other international periodicals and newspapers.

Before joining CUHK, she has taught at Harvard University, Wellesley College, and Saint Michael’s College. The seminars that she created on the 1989 Tiananmen Movement and its aftermath earned her the Harvard University Certificate of Teaching Excellence for three years. She has been selected to be a member of the Institute for Advanced Study at Princeton (2018-19) and is a current research associate of Harvard’s Fairbank Center for Chinese Studies.

Professor HE publishes and speaks widely outside the academy. She was designated among the Top 100 Chinese Public Intellectuals of 2016. Her op-eds have appeared in the Wall Street Journal, the Washington Post, the Nation, the Guardian, and the Globe and Mail. She has been a keynote speaker for the Canada Human Rights National Symposium, testified at a U.S. Congressional hearing, and delivered lectures for the U.S. State Department and the Canada International Council. She has been interviewed by the ABC (Australia), AI Jazeera, Associated Press, BBC, Boston Globe, Boston Public Radio, CBC, Christian Science Monitor, CTV, Daily Telegraph, Globe and Mail, Guardian, Harvard Gazette, Harvard Magazine, Los Angeles Times, NPR, National Geographic, NBC, the New York Times, Public Radio International, Radio Free Asia, Radio Canada International, Time, Voice of America, Wellesley News, and various other international media. Her profile interview with the New York Times Chinese edition was ranked the Top 3 Most Popular Original Articles of 2016.