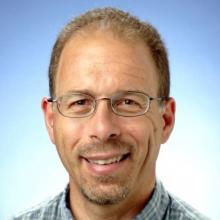 Tom received his B.S. in chemistry from Rensselaer Polytechnic Institute in 1978 and his PhD in physical chemistry from the University of Wisconsin-Madison in 1993.  After a postdoc at the University of Chicago, he was named Assistant Professor of Chemistry at the University of Rochester in 1986 and promoted to Full Professor in 1993.  In 1994 he accepted a position of Professor of Chemistry at the Ecole Polytechnique Fédérale de Lausanne (EPFL), where he has been ever since. During his time at EPFL, Tom has served as the Head of the Department of Chemistry (1997-2004) and the Dean of the School of Basic Sciences (2004-2017). He has also served as an European Research Council panel member and Chair.

His early research focused on fundamental studies of vibrational energy redistribution in gas phase molecules using a variety of laser spectroscopic techniques.  More recently, he has been combining laser spectroscopy, ion mobility, and mass spectrometry for applications in biomolecular analysis.

Tom interacts with the student Christian groups at the EPFL and University of Lausanne, giving talks on Science and Faith during campus mission weeks.  In 2018 he started a Christian Academics Group in the Lausanne area made up of faculty, postdocs, and PhD students with the goal of mentoring younger academics and helping them integrate their Christian faith with their academic discipline.