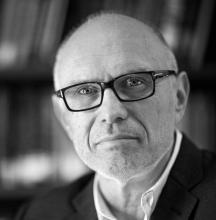 Miroslav Volf is the Henry B. Wright Professor of Theology at Yale Divinity School and is the Founder and Director of the Yale Center for Faith and Culture. He was educated in his native Croatia, the United States, and Germany, earning doctoral and post-doctoral degrees (with highest honors) from the University of Tübingen, Germany.

He has written or edited more than 20 books, over 100 scholarly articles, and his work has been featured in the Washington Post, Christianity Today, Christian Century, Sojourners, and several other outlets, including NPR's Speaking of Faith (now On Being with Krista Tippett) and Public Television’s Religion and Ethics Newsweekly.

A member of the Episcopal Church in the U.S.A. and the Evangelical Church in Croatia, Professor Volf has been involved in international ecumenical dialogues (for instance, with the Vatican’s Pontifical Council for Promoting Christian Unity) and interfaith dialogues (on the executive board of C-1 World Dialogue), and is active participant in the Global Agenda Council on Values of the World Economic Forum. In October 2007, Prof. Volf was the lead author of the Christian response to “A Common Word Between Us and You,” the historic open letter signed by 138 Muslim scholars, clerics, and intellectuals, which identified some core common ground at the heart of the Christian and Muslim faiths. The “Yale response,” as this response to “A Common Word” has become known, was published in November 2007 as a full-page advertisement in the New York Times, signed by more than 130 prominent Christian leaders and scholars.