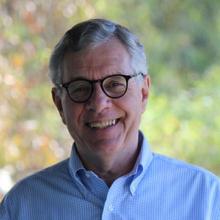 Terry studied at Massey University, New Zealand, and the University of Toronto. He received his Ph.D. in sociology from the University of Chicago. Halliday has authored or edited 10 books published by the academic presses of Cambridge, Chicago, Oxford and Stanford universities, and has written extensively on the globalization of law, markets and politics. His most recent books develop a social science theory of legal orders (Transnational Legal Orders, co-edited with Gregory Shaffer, Cambridge UP 2015), analyze the fight for basic legal freedoms in China (Criminal Justice in China: The Politics of Lawyers at Work, with Sida Liu, Cambridge 2016), and offer an empirical study and new theory of global governance of international trade (Global Lawmakers: International Organizations in the Crafting of World Markets, Cambridge UP 2017). He has taught at the University of Chicago, Northwestern University, and the Australian National University, and been a visitor at the Centre for Sociolegal Studies, Wolfson College, University of Oxford, and Sciences Po, Paris. With Donald Hay (University of Oxford), Terry is currently spearheading a Global Faculty Initiative which seeks to promote the integration of Christian faith and academic disciplines in research universities worldwide.